Putting Wishlists together is maybe just as much fun as buying the book themselves I think. I love discovering new books and add them to my wishlists so I can hopefully buy them in the future. I have many different Wishlists on different webshops like Bol.com, the Bookdepository, and Amazon.

At the moment, there are a couple of hundred books on my wishlists – I kid you not #booknerdissues – and I like to highlight a few of them in my Wishlist Wednesday article that I plan on publishing every week like I did on my other blog as well.

Today I’ll be sharing some books from my Fantasy/Sci-Fi wishlist. These are books I’ve been really looking forward to buying and reading, and I love to hear what you thought of them if you’ve read any. 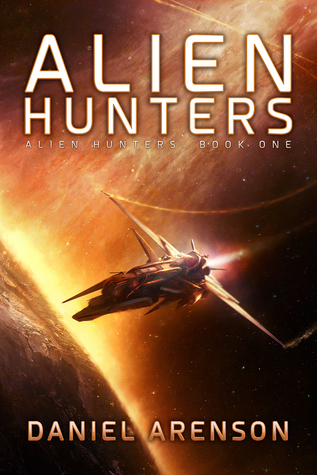 Got trouble with aliens? Call the Alien Hunters.

A group of scruffy mercenaries, the Alien Hunters travel the galaxy in their starship, a mechanical dragon that spits out plasma like dragonfire. If an alien has invaded your space station, asteroid mine, or lunar colony, the Alien Hunters will remove the pest for you. Low rates. No questions asked.

Raphael “Riff” Starfire, a guitarist-turned-gunslinger, and Nova, a warrior-princess with an electric whip and a bad attitude, lead the Alien Hunters. They’re the solar system’s best pest controllers. Yet now they face a threat all their guns and grit might be unable to stop.

The skelkrins, a race of apex predators from deep space, are swarming across the galaxy. Planets burn in their wake. As the skelkrins draw closer to Earth, will Riff and Nova be the ones hunting aliens… or will aliens hunt them?

I love the sound of this book. A group of mercenaries traveling the galaxy in their ship, hunting Aliens? I am so excited to read about this! Been hearing great things about this series and can’t wait to find out for myself what I’ll think of it.

A brand new adventure fantasy: imagine Guardians of the Galaxyplanning a heist on Smaug’s gold, for fans looking for something with a modern twist and some humor.

Guardians of the Galaxy meets The Hobbit in this rollicking fantasy adventure.

It’s not easy to live in a world ruled by dragons. The taxes are high and their control is complete. But for one group of bold misfits, it’s time to band together and steal back some of that wealth.

No one said they were smart.

A world ruled by Dragons? I need to read about it! Guardians of the Galaxy meeting the Hobbit? Sounds so frigging epic! Have you read this one by any chance? Let me know!

Girton Club-foot, apprentice to the land’s best assassin, still has much to learn about the art of taking lives. But his latest mission tasks him and his master with a far more difficult challenge: to save a life. Someone, or many someones, is trying to kill the heir to the throne, and it is up to Girton and his master to uncover the traitor and prevent the prince’s murder.

In a kingdom on the brink of civil war and a castle thick with lies Girton finds friends he never expected, responsibilities he never wanted, and a conspiracy that could destroy an entire kingdom.

I can’t help wanting to read all the books about assassin’s haha. And this epic fantasy looks like it’d be a really great read. Politics, conspiracy, assassin’s and fantasy elements. YES please!

♥ Senlin Ascends by Josiah Bancroft (the Books of Babel #1)

The Tower of Babel is the greatest marvel in the world. Immense as a mountain, the ancient Tower holds unnumbered ringdoms, warring and peaceful, stacked one on the other like the layers of a cake. It is a world of geniuses and tyrants, of airships and steam engines, of unusual animals and mysterious machines.

Soon after arriving for his honeymoon at the Tower, the mild-mannered headmaster of a small village school, Thomas Senlin, gets separated from his wife, Marya, in the overwhelming swarm of tourists, residents, and miscreants.

Senlin is determined to find Marya, but to do so he’ll have to navigate madhouses, ballrooms, and burlesque theaters. He must survive betrayal, assassination, and the long guns of a flying fortress. But if he hopes to find his wife, he will have to do more than just endure.

This quiet man of letters must become a man of action.

I keep coming across this book more and more. Booktubers and/or other bloggers keep raving about it. The synopsis looks great so I felt like I needed this one to go on my wishlist. Have you read it? Love to hear what you thought of it.

♥ Half a King by Joe Abercrombie (Shattered Sea #1) 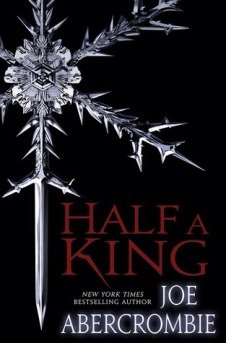 Betrayed by his family and left for dead, Prince Yarvi, reluctant heir to a divided kingdom, has vowed to reclaim a throne he never wanted.

But first he must survive cruelty, chains and the bitter waters of the Shattered Sea itself – all with only one good hand. Born a weakling in the eyes of a hard, cold world, he cannot grip a shield or swing an axe, so he has sharpened his mind to a deadly edge.

Gathering a strange fellowship of the outcast, he finds they can help him more than any noble could. Even so, Yarvi’s path may end as it began – in twists, traps and tragedy…

This sounds like it’s going to be a really epic adventure. I love how mysterious this synopsis remains but still gives enough away to make us believe this book is set in a really epic world and will have a great set of characters present. This one is definitely really high upon my wishlist atm. So excited to buy and read it!

The legions of Rome are a fading memory. Enemies stalk the fringes of Britain. And Uther Pendragon is dying. Into this fractured and uncertain world the boy is cast, a refugee from fire, murder and betrayal. An outsider whose only companions are a hateful hawk and memories of the lost.

Yet he is gifted, and under the watchful eyes of Merlin and the Lady Nimue he will hone his talents and begin his journey to manhood. He will meet Guinevere, a wild, proud and beautiful girl, herself outcast because of her gift. And he will be dazzled by Arthur, a warrior who carries the hopes of a people like fire in the dark. But these are times of struggle and blood, when even friendship and love seem doomed to fail.

The gods are vanishing beyond the reach of dreams. Treachery and jealousy rule men’s hearts and the fate of Britain itself rests on a sword’s edge.

But the young renegade who left his home in Benoic with just a hunting bird and dreams of revenge is now a lord of war. He is a man loved and hated, admired and feared. A man forsaken but not forgotten. He is Lancelot.

Set in a 5th century Britain besieged by invading bands of Saxons and Franks, Irish and Picts, Giles Kristian’s epic new novel tells – through the warrior’s own words – the story of Lancelot, that most celebrated of all King Arthur’s knights. It is a story ready to be re-imagined for our times.

I’ve been wanting to read an Arthurian re-telling for so long now but still haven’t gotten around to read any yet. I do have a Bernard Cornwell book on my shelves atm which I’m really curious about but this specific book by Giles Kristian looks soooo good as well I think! I can’t wait to buy and read this one.

Is there any epic/high fantasy I should really at to my wishlist? And have you read any Arthurian novels? Love to hear about them since I’m looking for some new ones to add to my wishlist as well. Thanks for reading!